In August of 1989, Alain Brosseau, a waiter at the Chateau Laurier finished his shift and walked through Major’s Hill Park on his way to Hull. In the park he was chased, beaten and then dropped headfirst off the Alexandria Bridge by a gang of teenagers. As they held him by his ankles off the side of the bridge the last thing his murderers said was “I like your shoes” and they let him go.

At the trial when asked what they were doing in the park that night, one of the young men answered, “We were in the park to roll a queer for a bit of cash”.

From the park, the same game of teenagers went to a house in suburban Ottawa and attacked two men, as they slept, with knives and screwdrivers.

The 80 feet long textile represents the distance Alain Brosseau fell and is a slow gradation of colour from black to blue to green to red to black. The range of colour imitates the strata of a landscape: the black of the earth, the blue of the river, the green of the vegetation, the red of the sky at sunset and the black of night. Foot steps mark the length of the textile as if someone had walked the 80 foot path.

I gratefully acknowledge the Ontario Arts Council for its financial support of this work. 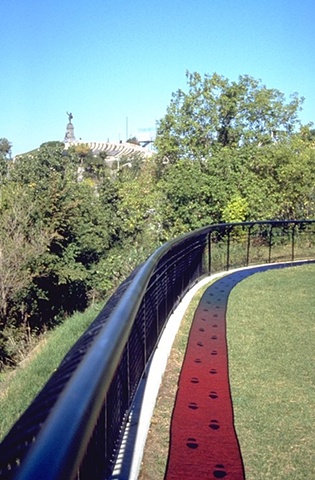 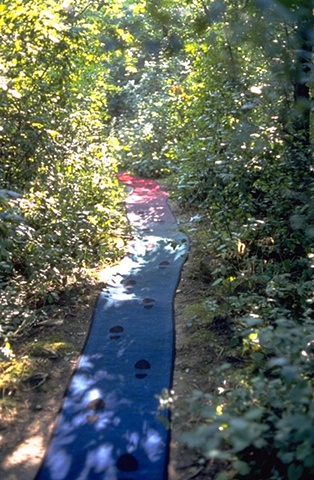 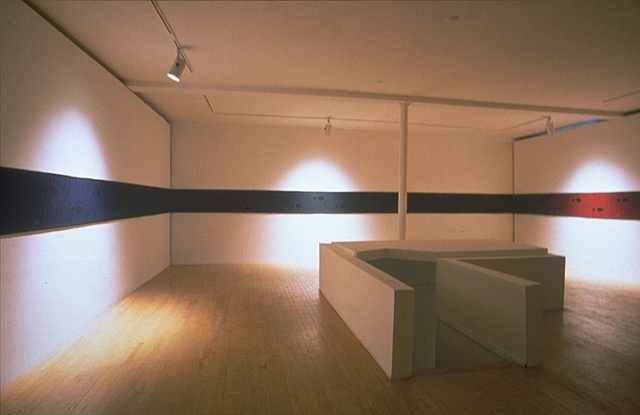 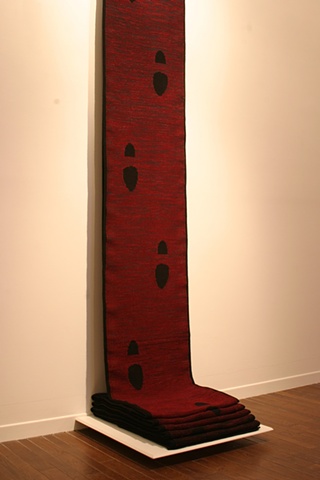 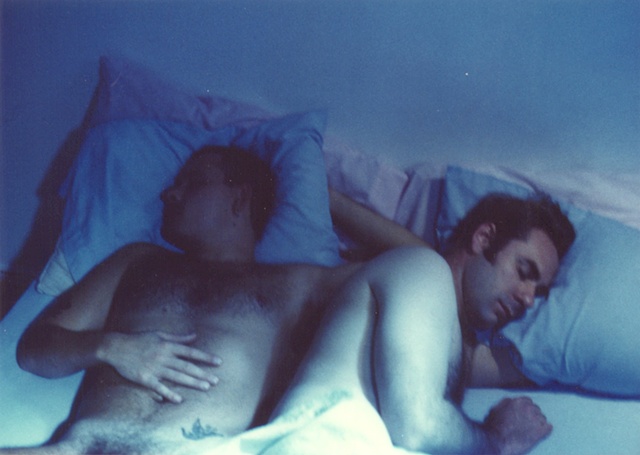